Free Quiz: Why Isn't My Little One Sleeping Well?

My #1 Tool For Decreasing Tantrums 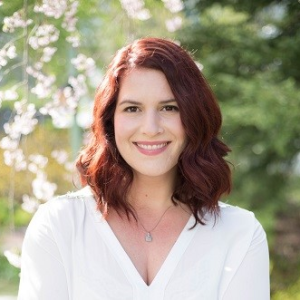 Have you ever been having a disagreement with your spouse or partner and you are both holding strong on your position?  One or both of you may say something like this…

What happens inside you???

For most of us, our natural reaction is for defenses to go up and to go into fight mode.

Now think about how this situation could abruptly change if one of you said “I see where you are coming from.”

Walls come down, ears and heart open back up. We are receptive to having a conversation and figuring it out together, right?

Sassy, opinionated toddler: “But, but, but I waaaaaannnnnntttttt the RED cup!”

You: “There is no difference between the red cup and the blue cup. Here’s your milk.”

Next thing you know your toddler is on the floor in complete hysterics, because of the color of the freaking milk cup!  And all you can think is “seriously?”

At this point, it may be too late to just put the milk in the red cup and give in.  The tantrum is in full swing and your little one’s logical brain has shut down and their primitive, reptilian brain is running the show.

Eventually, the tantrum will stop, but by that point, your nerves may be fried.

And this may happen many times in one day, over different, seemingly illogical situations.  Exhausting, right?

Toddlers are working on their emotional regulation and frustration tolerance.  Children’s brains aren’t fully developed until they are 25 years old!!!

This means that these types of responses are a normal part of development, even if they make no sense to us!

Even though they are a normal part of development, it doesn’t mean that there aren’t things that we can do to try to prevent these seemingly non-sensical meltdowns from happening.

My #1 Tool For Decreasing Tantrums Is…

When we validate how our children feel, even if it makes no sense to us, it keeps us on the same team. Their feelings are validated, even if it doesn’t make any sense to you or change the outcome.

“I know you want the red cup. Red is your favorite color!  I love red too.”

Now ​you could just pour the milk in the red cup because this isn’t that serious and it is ok if your little one “wins” this battle.

But if this is something more important or you really feel the need to hold the boundary, you could then say:​​

And you quickly want to follow that with what your little one can look forward to by saying:

And if you want to try to prevent this situation altogether, next time you are hooking your little one up with a drink, try asking “would you like the red cup or the blue cup?”

​​This gives your child a choice, which gives them some personal power, which is something they crave at this developmental stage.  ​​

Does this mean that tantrums won’t ever happen again​?

Tantrums are a normal part of development.

But using validation can really help to lessen their occurrence. And that is a win! ​​​ It also works amazingly with your adult relationships too! Give it a try!

Is parenting feeling more like negotiating with an emotionally unstable dictator vs. your pregnancy visions of what parenting was going to be??? Or do you feel like you could just use some insight to help with your cherubs more challenging behaviors? I can give you more tools during a 60-minute child behavior consultation. Sign up today so we can work on creating more peace and harmony in your house and make parenting way more fun!

Sign up to receive our monthly "Scoop" email newsletter! When Can A Toddler Have A Pillow And Blanket?